The GREAT EXCHANGE For SERVICE – Intercessory Prayer Part 1* –  *_Who To Pray For, What to Pray For and How to Pray For

*The GREAT EXCHANGE For SERVICE – Intercessory Prayer Part 1* –  *_Who To Pray For, What to Pray For and How to Pray For._* 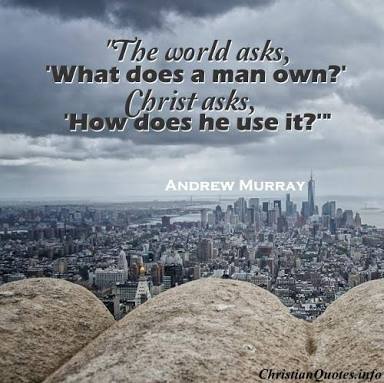 *1 Timothy 2:1-2 New International Version (NIV)*
_Instructions on Worship_
2 I urge, then, first of all, that petitions, prayers, intercession and thanksgiving be made for all people— 2 for kings and all those in authority, that we may live peaceful and quiet lives in all godliness and holiness.

12 Therefore, I urge you, brothers and sisters, in view of God’s mercy, to offer your bodies as a living sacrifice, holy and pleasing to God—this is your true and proper worship. 2 Do not conform to the pattern of this world, but be transformed by the renewing of your mind. Then you will be able to test and approve what God’s will is—his good, pleasing and perfect will.

*Romans 8:34-39 The Message (MSG)*
31-33 So, what do you think? With God on our side like this, how can we lose? If God didn’t hesitate to put everything on the line for us, embracing our condition and exposing himself to the worst by sending his own Son, is there anything else he wouldn’t gladly and freely do for us? And who would dare tangle with God by messing with one of God’s chosen? Who would dare even to point a finger? The One who died for us—who was raised to life for us!—is in the presence of God at this very moment sticking up for us. Do you think anyone is going to be able to drive a wedge between us and Christ’s love for us? There is no way! Not trouble, not hard times, not hatred, not hunger, not homelessness, not bullying threats, not backstabbing, not even the worst sins listed in Scripture:

*Acceptable Service*  _unto the Lord is birthed in prayer, sustained in prayer and completed in prayer for the services to be acceptable sacrifice unto the Lord because effective prayer is prayer that engaging the Father in conversation and the mind of God is prayed and deployed in acceptable service that brings down God’s will and kingdom agenda in our sphere(place, people or think)._

Our services as *kingdom agent* is usually towards people (friends and for) just like Abraham was called to be a father of *MANY NATIONS and a BLESSING* to nations not just to himself but to all nations,  *Joseph* was used by God to deliver human race from famine that would have obliterated humanity,  Moses was sent to deliver the children of Israel from slavery and usher them into the promised land and Jesus came to deliver mankind from the darkness.
*Prayer of intercession* is a critical part of service and we must all be ready and willing to prevail in prayer to birth, sustain and complete the service.

*While we ordinarily first bring our own needs to God in prayer, and then think of what belongs to God and His interests, the Master reverses the order.  First,  Thy  name,  Thy  kingdom,  Thy  will; then, give us,  forgive  us, lead  us,  deliver us. Worship  of the Father must be first, must be all.*

The sooner I learn to forget myself in the *desire* that HE may be glorified, the richer will the blessing be that prayer will bring to myself and others I am interceding for.  No one ever loses by what he sacrifices for the Father. This must influence all our prayer.*

There are two sorts of prayer:  *personal and intercessory.*  The latter ordinarily occupies the lesser part of our time and energy.  This must not be.

List of *people, places or things* to pray in the place of intercession

*1) Who has recently stop being a believer, or backsliden or stop believing?*

*2) Who can you have coffee or tea or go to eat with or easily engage with who has an issue or does not know God?*

*3) Who is it that could be difficult to be a believer?*

*4) Who is our immediate Neigbour who do not believe?*

*5) Who share your interest, who are  your connectors , people that are easy to connect with that do not know God or have an issue requiring God’s intervene?*

As a priest,  I will present them to God asking for God’s name to be hallowed , God’s Kingdom To manifest,  God’s will To be done in their lives.

*HOW?*
I must Know and realise deep down that I am first and foremost a priest in God’s kingdom. In doing so,  God gives life so I must bless not curse. I am not a disciple of satan. Let God take care of the cursing part. Jesus said I should bless even my enemies.

4 Coming to Him as to a living stone, rejected indeed by men, but chosen by God and precious,
5 you also, as living stones, are being built up a spiritual house, a *holy priesthood, to offer up spiritual sacrifices acceptable to God through Jesus Christ.*
6 Therefore it is also contained in the Scripture, “Behold, I lay in Zion A chief cornerstone, elect, precious, And he who believes on Him will by no means be put to shame.”
7 Therefore, to you who believe, He is precious; but to those who are disobedient, “The stone which the builders rejected Has become the chief cornerstone,”
8 and “A stone of stumbling And a rock of offense.” They stumble, being disobedient to the word, to which they also were appointed.
9 But you are a chosen generation, a royal priesthood, a holy nation, His own special people, that you may proclaim the praises of Him who called you out of darkness into His marvelous light;
10 who once were not a people but are now the people of God, who had not obtained mercy but now have obtained mercy.

So How do I present these?

*Facing God,*  I present the WHO and I thank God for that WHO present the situation as it is.  Asking that is name,  kingdom and will be done.  If the person is sick,  I bring the scripture relevant into focus and agree with that scripture. I then thank God and get into listening mode to see what God will say to me concerning the people.  He might give me more content for the person,  the place or the thing.

*Facing the person, place or thing and bringing into focus.*  I then begin to speak God’s desire for His name,  kingdom and will in that person,  place or thing. Any additional revelation the Lord gives,  me,  I add to it.  I go like this.  ” Who so,  so and so,  I call forth the name , the kingdom and the will upon your life.  I declare that you are healed,  restored and made who. ” etc depending on circumstances.  I don’t stop until the Lord says stop or a new content is provided.
We can do this for not just a person but a country,  a nation,  a home a place or thing.

*Andrew Murray (9 May 1828 – 18 January 1917) was a South African writer, teacher and Christian pastor. Murray considered missions to be “the chief end of the church”*

Andrew Murray was the second child of Andrew Murray Sr. (1794–1866), a Dutch Reformed Church missionary sent from Scotland to South Africa. He was born in Graaff Reinet, South Africa. His mother, Maria Susanna Stegmann, was of French Huguenot and German Lutheran descent.

Murray was sent to Aberdeen in Scotland for his initial education, together with his elder brother, John. Both remained there until they obtained their master’s degrees in 1845. From there, they both went to the University of Utrecht where they studied theology. The two brothers became members of Het Réveil, a religious revival movement opposed to the rationalism which was in vogue in the Netherlands at that time. Both brothers were ordained by the Hague Committee of the Dutch Reformed Church on 9 May 1848 and returned to the Cape.

Murray pastored churches in Bloemfontein, Worcester, Cape Town and Wellington, all in South Africa. He was a champion of the South African Revival of 1860.

*In 1889, he was one of the founders of the South African General Mission (SAGM), along with Martha Osborn and Spencer Walton. After Martha Osborn married George Howe, they formed the South East Africa General Mission (SEAGM) in 1891. SAGM and SEAGM merged in 1894. Because its ministry had spread into other African countries, the mission’s name was changed to Africa Evangelical Fellowship (AEF) in 1965. AEF joined with Serving In Mission (SIM) in 1998 and continues to this day.*

Through his writings, Murray was also a key “Inner Life” or “Higher Life” or Keswick leader, and his theology of faith healing and belief in the continuation of the apostolic gifts made him a significant forerunner of the Pentecostal movement.

In 1894, Murray was visited by John McNeill and Rev. J Gelson Gregson, the ex-British Army Chaplain and Keswick convention speaker